Sydney House Prices Rise For The First Time Since 2017

Sydney’s market recorded a slight rise of 0.1 per cent, the first monthly increase since its market peak in July 2017, according to Corelogic’s home value index.

In response to Corelogic’s house price data, Capital Economics has weighed in, forecasting that house prices will see a rise in 2020 as the market reaches a trough by the end of this year.

National housing market conditions show a 0.2 per cent fall in June, Corelogic says this is the smallest month-on-month decline in the national series since March last year. 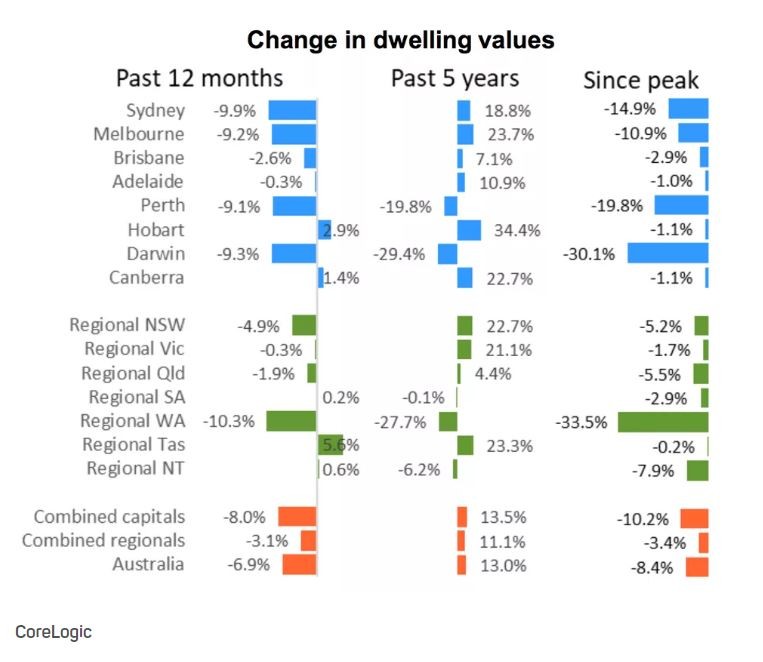 Corelogic head of research Tim Lawless says the pace of falling home values has been consistently reducing over the year to date.

“Importantly, the improving conditions through to mid-May were largely ‘organic’, pre-dating the positive boost in sentiment following the federal election and interest rate cuts in early June.”

While market sentiment from real estate groups reveal numbers for open homes and inspections are up, Lawless said the June housing market results are early indicators that lower mortgage rates and improved sentiment are having a “flow-on effect” on Sydney and Melbourne market conditions, while other regions across the nation show softer housing market outcomes.

“Overall, it looks like the tide may have turned for the housing market; however we aren’t expecting a rapid recovery phase.”

The only other regions to record a rise in housing values over the month were Hobart (up by 0.2 per cent), and regional areas of South Australia (up 0.1 per cent) and Northern Territory (up 0.2 per cent). 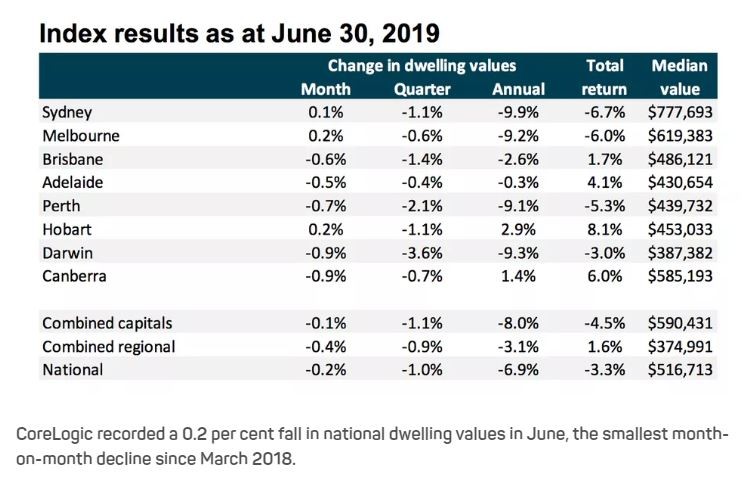 “These markets are moving through the peak in an unprecedented number of off the plan unit sales, many of which are receiving valuations at the time of settlement that are lower than the contract price,” Lawless said.

“Lenders are progressively becoming less reliant on average household expense benchmarks and prospective borrowers should expect some scrutiny of their balance sheets during the loan application process,” he said.

On a quarterly basis, every capital city housing market recorded a drop in value, emphasising the broader geographic scope of the housing market slump.

The largest falls over the past three months were recorded in Darwin (down 3.6 per cent) and Perth (down 2.1 per cent) where the property market downturn has continued since mid-2014.

Adelaide recorded the smallest decline amongst the capitals over the quarter, with values down 0.4 per cent.

While in terms of rental growth, every capital city has recorded a rise in rental yields over the year, with gross rental yields remaining below 4 per cent in Sydney and Melbourne.