Australia’s most-talked-about property market, Sydney, looks to be heating up at the moment, with a 5% gain in median home values over the three months to 31 October 2019.

That’s according to CoreLogic’s latest Home Value Index, which shows the rises in Sydney drove an average quarterly price increase of 2.9% across the nation.

But on an annual basis, Sydney’s median prices are still down 2.5%, and down more than 10% from their peak just two years ago.

While the general trend in house prices seems to be up, there are many other political and economic factors at play that will continue to impact Sydney’s property market heading into the new year.

First and foremost, we expect an increase in Sydney house prices by between 5% and 10% next year, depending on the suburb.

Price will continue to rise if the Reserve Bank cuts interest rates again – as some are currently forecasting for the near future.

Sydney’s house price surge is being driven by a surge in demand relative to supply – CoreLogic reported that the number of properties listed for sale in Sydney were at their lowest levels since 2010, with stock in August 22% below its level from the previous year.

2. First home buyers to enter in their droves

First home buyer numbers have surged recently in line with previously falling house prices, hitting a six-year high of 29.8% in terms of new borrowers in August.

The landscape in 2020 is set to change again for first home buyers, further financial stimulus will be introduced to assist them, with the Morrison Government’s First Home Loan Deposit Scheme commencing on 1 January. 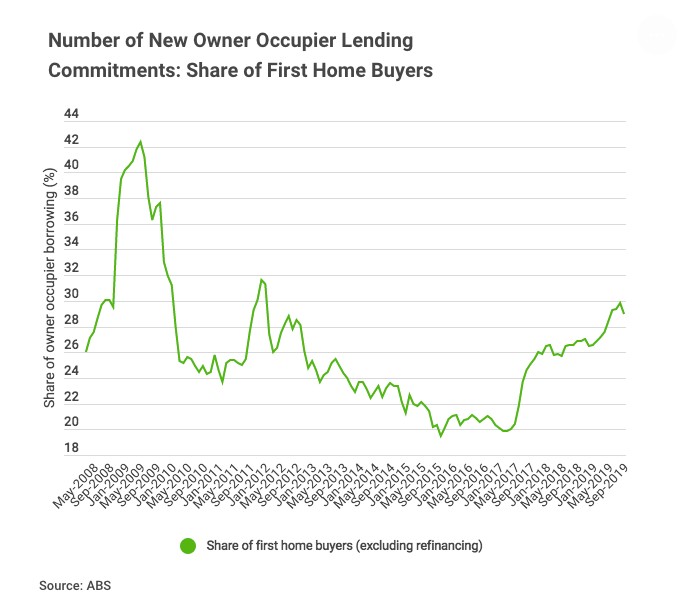 WIth listings at extremely low levels based on the above data, property owners might continue to sit on their hands.

Listings will continue to be at relatively low levels as a significant proportion of property owners will wait and ‘time the market’ until they are certain prices have peaked again. For this reason, Sydney property buyers might be rewarded with more stock at the end of 2020. Once this happens, prices will creep closer to their early 2017 levels – though won’t quite reach them.

4. Properties will be bought quicker

The imbalance between supply (low) and demand (high) will lead to shorter property marketing campaigns in 2020.

Last year’s Opal Tower crisis and this year’s Mascot Towers event has heightened the spotlight on build quality. This will continue in 2020, as the State Government begins to implement the first tranche of its building reforms.

But as these reforms will only apply to buildings yet to be constructed, the problem of build quality will continue to make headlines.

Savings.com.au was recently told by Propertyology that the “tsunami” or questionable highrise apartment buildings in high-density suburbs will be the biggest issue to affect Australian property markets in its 250+ year history.

According to Propertyology Head of Research Simon Pressley, “zero growth and even substantial losses are highly possible” for apartment owners over the next decade. 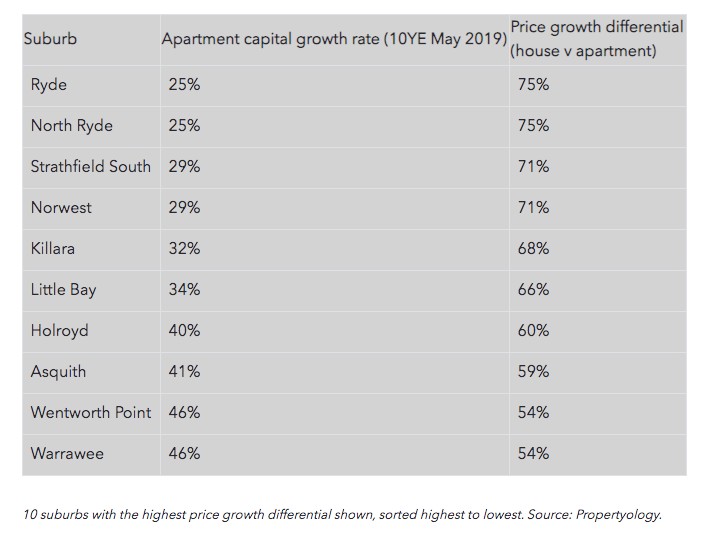 One of the biggest issues that could result in a potential royal commission is the shoddy workmanship and rushed construction involved. 6. Houses to get smaller and smaller

Australians used to have some of the biggest free-standing houses in the world, but recent trends have shown we’re starting to downsize.

According to Commsec, the average new free-standing house built in Australia over the 2018/19 financial year was just 228.8 square metres – down 1.3% from the previous year and the smallest figure since 2001/2002.

For those who are really serious about downsizing, tiny houses could be an option, with a high-end tiny house available for around $100,000.

The ‘investor boom’ of recent years led to many cookie-cutter or ‘lego’ properties being built with a one-size-fits-all approach, but developers could be set to create more homes suited to specific demographics.

With apartments accounting for roughly one-third of all new dwellings approved for construction in Australia from 2014 to 2018, it’s no surprise that developers mastered a ‘one-size-fits-all’ approach.

One of the biggest property market stories in 2019 is that of the incredibly low cash rate – we’ve had three 25 basis point rate cuts so far in June, July and October, with another one expected to occur in February.

These are the highest figures since October 2018, and many borrowers are taking advantage of the low interest rate environment.

Exurbs are prosperous areas outside, or on the fringe of, a city’s metropolitan area, and are defined by having a self-sufficient ecosystem with good infrastructure and amenities.

10. Stamp duty to be reviewed

The NSW stamp duty is likely to be reviewed: in 2016-17, stamp duty generated $8 billion in revenue for the state government.

With property stock levels predicted to remain low next year, it’s in the interests of the State Government to conduct a full review of its stamp duty model, and I predict these conversations will play a key role in State politics in 2020.