While we have seen increased restrictions on investor lending, it’s been fantastic to see that the share of first home buyers in the market is very close to returning to its long term average of about 20 per cent, all adding strength to the market. The big demographic shift of people wanting to live closer to the centre of our cities is further evidenced by our latest data shows that apartment prices are actually out-pricing houses nationally.

On the whole, the Ray White Corporate booked $4.2 billion in unconditional sales for March across Australia and New Zealand which was 10 per cent lower than last March. So we aren’t at the highs of 12 month ago, but we are still in a very active market, with days on market and clearance rates better than long term averages. This drop in overall activity was consistent along the major east coast markets.  And our regional markets continue to perform strongly – for example we are seeing stronger buyer inquiry in the mining towns of the north west of Western Australian.

We very proudly represented over 6,000 vendors and worked with so many buyers during March, and we were so happy with responses received to our customer satisfaction surveys.

Meanwhile, Loan Market Australia recorded very strong lodgements and approval results for March, with lower settlement numbers based on the typically soft seasonal pipeline through January and February. The group saw $1.3 billion lodgements, with $875 million approvals and $693 million settlements in the month which is still considered a solid result. 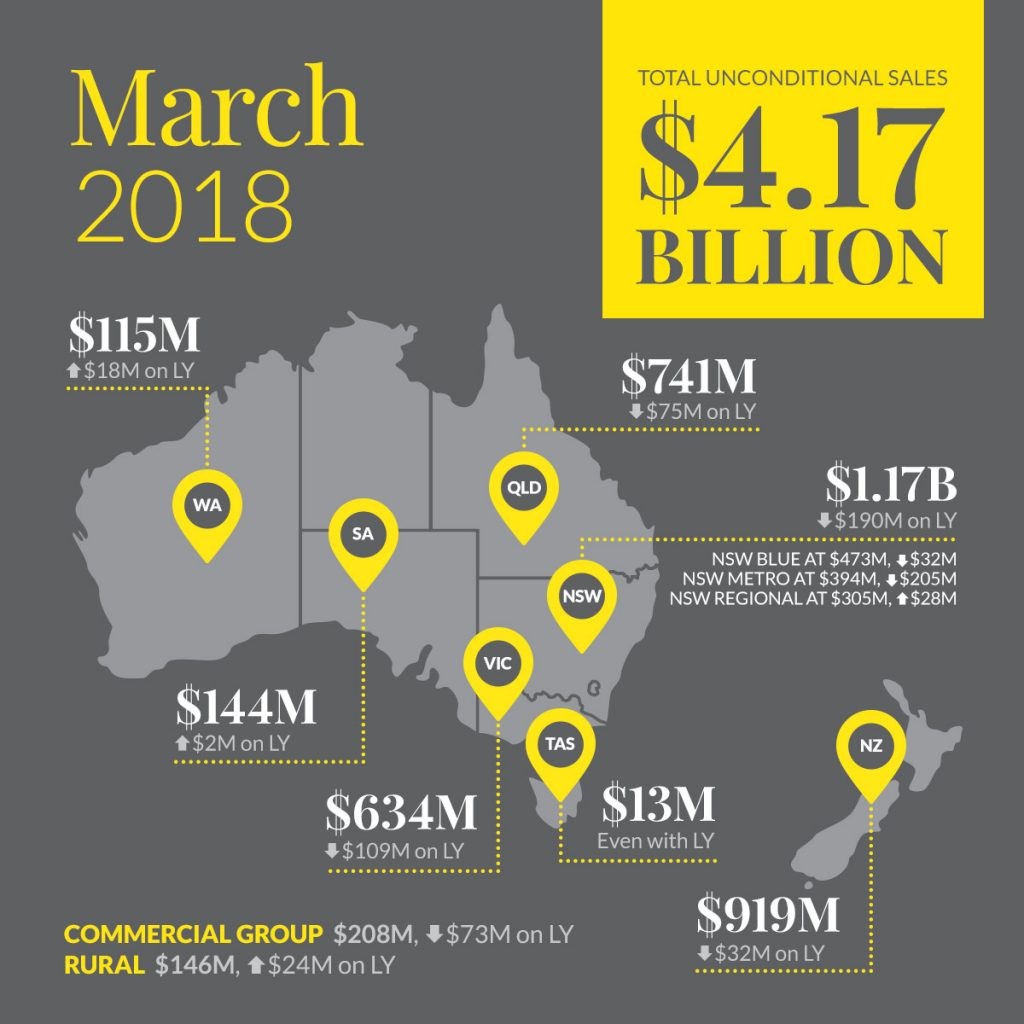